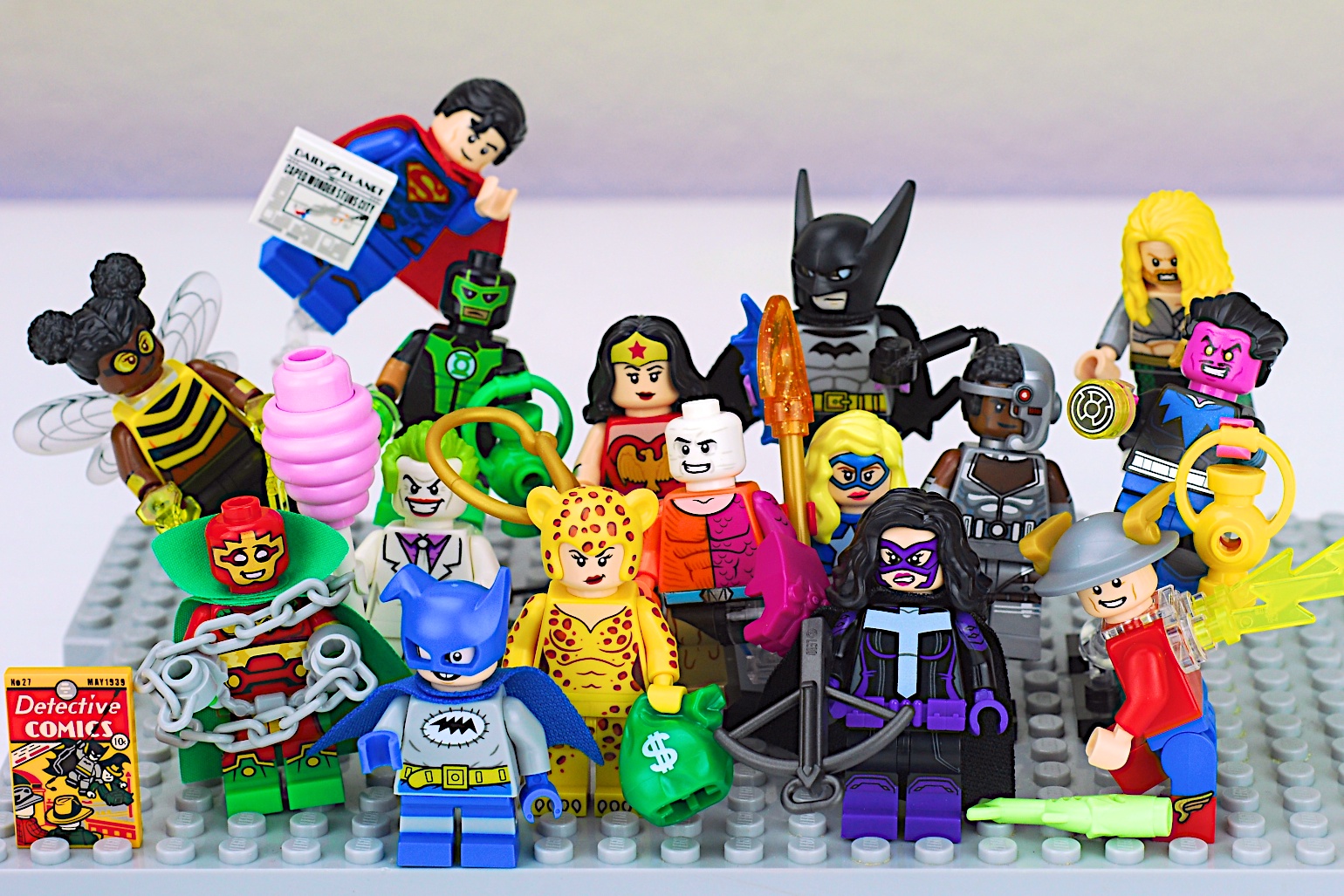 For a while now, there have been rumors for the next LEGO minifigure series. A few days ago, some photos were leaked on a Japanese site showing the box and bag images. There is a group photo as well of all the 16 minifigures in the new DC Series, but no individual shots yet. Since these aren’t officially released LEGO images, I don’t want to share them yet. When they do release more info I’ll update this post with them.

These are the new 16 LEGO DC Minifigures. These are superheroes and villains. I’ve got a list of the names below. Some of them are more popular characters, while others I had to look up because I wasn’t as familiar with them as I could be.

In each case there are several of each of the 16 different Superhero & Villain DC Minifigures.

It appears that all of the characters have 1×2 jumper plates and a trans clear piece which can be put under their foot to allow for some posing in jumping or flying action shots.

I’ve learned more about the new trans clear Minifigure stand and written a separate post about that. At this time I don’t know which minifigures in this series come with this piece, but I’ll include that info as I get it.

You can order the individual minifigures so you know exactly which ones you will get. Just click on the links for each character below to go to torder page.

Shipping is $4 for any number of minifigs in the US. International rates start at $11. All orders come with tracking.

As always, there will be 16 different minifigures in sealed blind bags.

I expect this set to be priced at $4.99 US and will be on sale starting in January 2020. You can pre-order them at this price for now, but as soon as they come out prices may change based on availability and if some minifigures are more rare than others.

Right now as of the time of writing this blog post, this set is not yet released. When it is, I’ll buy it and write my thoughts here, as well on each individual Minifigure product page.