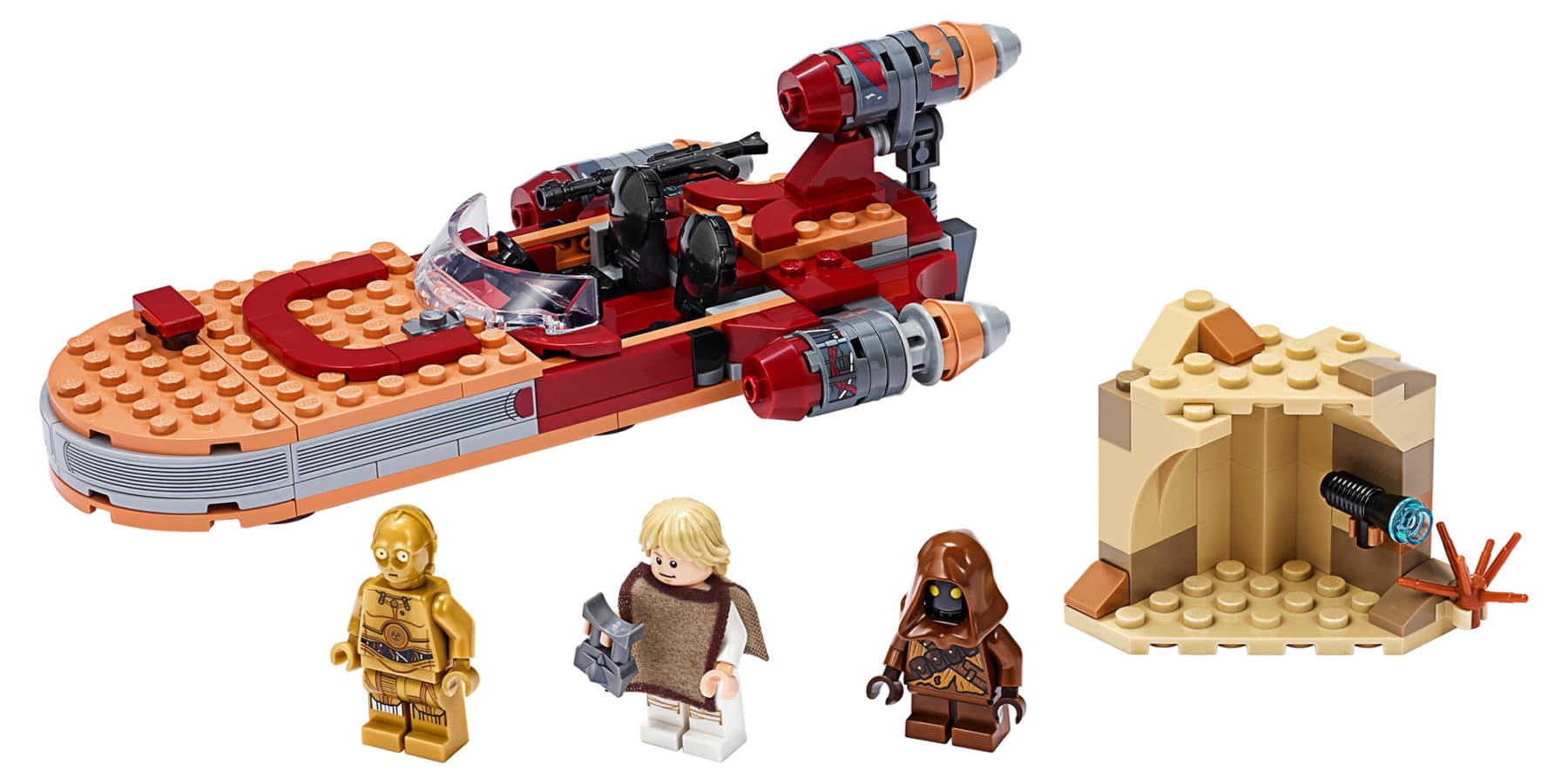 This set appears to come with LEGOs latest version of the classic Landspeeder, as well as a Luke, C3PO, as well as Jawa minifigure with a little brick built cave. It’s based off the scene in the first Star Was Movie, A new Hope, where Luke goes with both droids actually from his house on Tattoine to Obi Wan’s Hut to learn more about himself, and his family’s fast, as well as the Force.

The Lukes Landspeeder LEGO set is scheduled to be released early in January 2020. Based on previous releases however this set might be released on Dec 26, the day after Christmas. I base this of off previous releases in earlier years, as well as the fact that some of get a little extra money for the holidays, and LEGO wants us to spend it on them – which I always do. This is not a VIP only release as far as know.  I expect this series of sets to be available at both the official LEGO store, as well as 3rd party retailers like Amazon or Target.

There are 236 pieces in this set, including  3 minifigures: Luke Skywalker in a cloth cloak, C3PO, and a little Jawa. It also comes with Luke’s classic 3 engine Land Speeder, and the Jawa lives in a little brick built cave with as you guessed it more sand Tan parts. I would have liked to see another R2D2 included in this set, as he was part of the characters in the scene in the first Star Wars movie that this set is based off of.