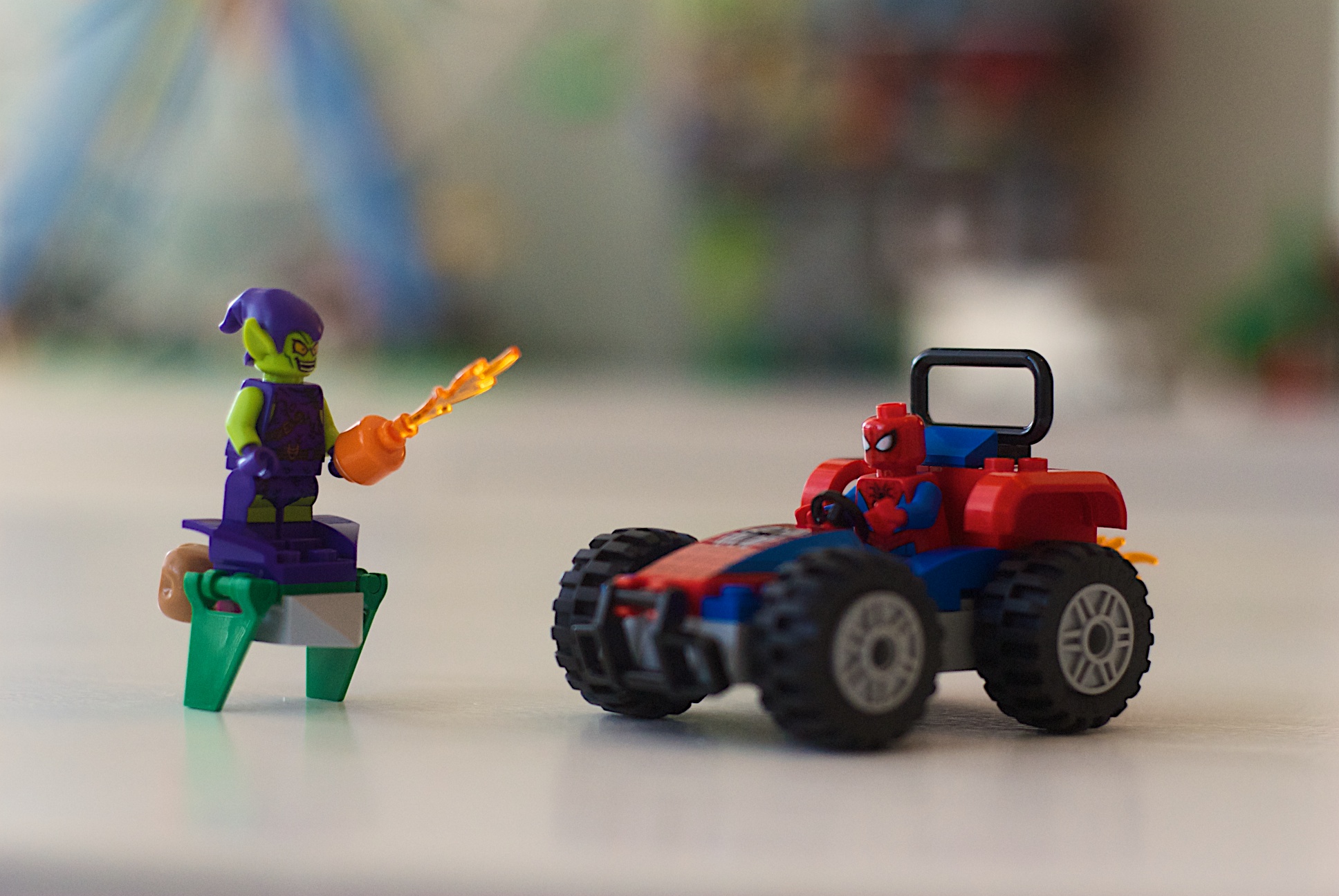 I ordered this set from Target, and picked it up on the day it was released.  Once I opened the box, inside were 2 labeled bags, one car chasis plate  an instruction book.  This set had no stickers.  All the pieces are printed (Yay)!

There are 52 pieces in this set, including 2 minifigures.  You get a fantastic Spider Man Minifig and a Green Goblin Minifig.  You also get to build a car, a flying platform for Green Goblin, a flaming pumpkin for throwing, a 100 Lego Bill, and some web to play shoot from Spidey’s hands.

This is a real beginner set.  The instructions are simple and clear, and usually have one element per page.  Also most of the pieces are larger, although some are smaller.

First I built the two minifigs.  They go together in the traditional way, with a torso, head, and legs.  Spider Man doesn’t have any hat (or hair), but the Green Goblin does.  The GG also has two faces, and spidey only has one.

Next I built Spider Man’s car.  It was an easy build, with simple instructions and no unique building techniques.  It was fun, and would be a great set for a first time builder.

Next I put together the flying platform for the Green Goblin.  Coming in with less than 10 pieces it is small but looks like the real Green Goblin Glider.  It even has a clip in the back to hold his bag (which would be full of pumpkin bombs.

As for accessories, you get a web and a net for Spidey, and a 100 bill which the goblin has most likely stolen.  You only get one flaming pumpkin, and I would have liked to see one or two extra.

Sometimes you get a few extra pieces with some sets.  This set didn’t have any extra pieces.