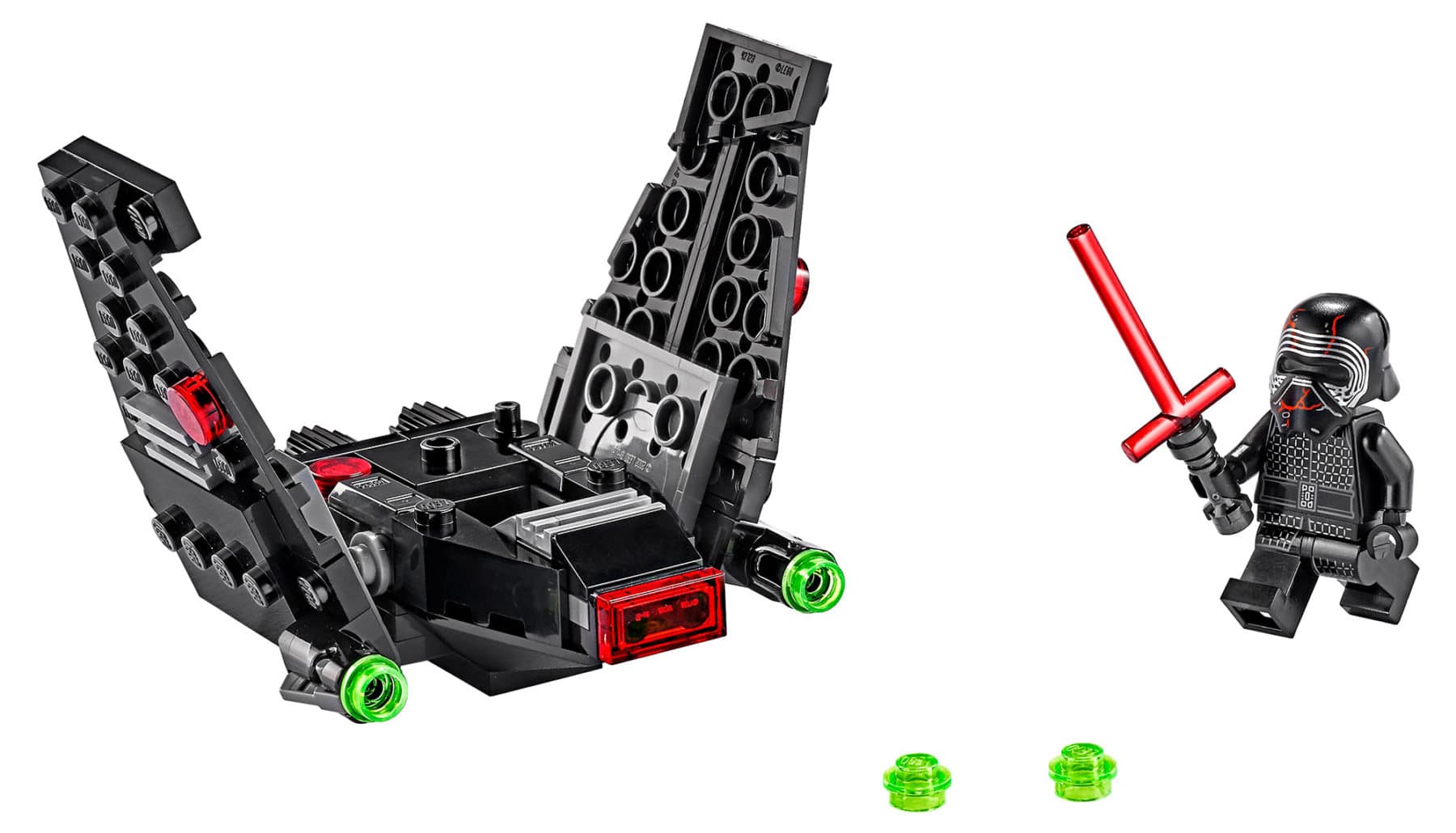 As of writing this Article, I know that there will be two new LEGO microfighter Sets. This is the Kylo Ren’s Shuttle microfighter, LEGO set 75264. The other is the Resistance Y-wing Microfighter.

Every year LEGO releases a lot of New Star Wars Sets. In 2019 they made 59 sets (according to Bricklink) ranging from the single minifigure polybags to the Ultimate Collector Series Millenuim Falcon. I’m expecting a similar number of new LEGO Star Wars sets in 202 if not a few more because of the release of the latest Movie Episode 9, The Rise of Skywalker.

The Kylo Ren’s Shuttle Microfighter LEGO set is scheduled to be released early in January 2020. Based on previous releases I expect it to be Jan 1, New Years day. This is not a VIP only release as far as know.  I expect this series of sets to be available at both the official LEGO store, as well as 3rd party retailers like Amazon, Target, and Walmart.

There are 72 pieces in this set, including  1 minifigure. Kylo Ren is the minifig, and comes with a black uniform, helmet, and his unique red t-shaped lightsaber.

Right now as of the time of writing this blog post, this set is not yet released. I can see that the set has a couple of stud shooters, and that the wings are adjustable, like the ship from the movies. Once the set comes out I’ll update this post with my thoughts and review.