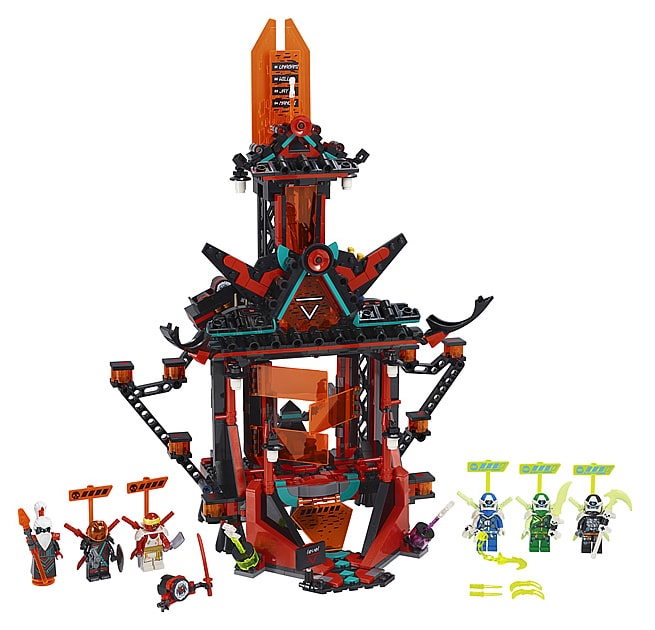 Of all the new 2020 LEGO Ninjago Sets coming out – I think that set 71712 The Temple of Madness is my favorite. Not just because it has 6 minifigures, or is for ages 9 and up, but because it has the most detail, is the most architecturally relevant, and has a ton of play-ability. I like the way they are using technic elements in Ninjago to hold up the lamps for instance. But there is so much more

The new Ninjago Temple of Madness set is scheduled to be released early in January 2020. Based on previous releases however this set might be released on Dec 26, the day after Christmas. I base this of off previous releases in earlier years, as well as the fact that some of get a little extra money for the holidays, and LEGO wants us to spend it on them – which I always do. This is not a VIP only release as far as know.  I expect this series of sets to be available at both the official LEGO store, as well as 3rd party retailers like Amazon or Target.

There are 810 pieces scheduled to be in this set, and 6 minifigures including Jay, Lloyd, Cole, Bad Master Wu, and 2 bad guys.

I expect this set to be priced at $79.99 US and will be on sale starting January 1, 2020, which makes this a great beginning set for more advanced builders.