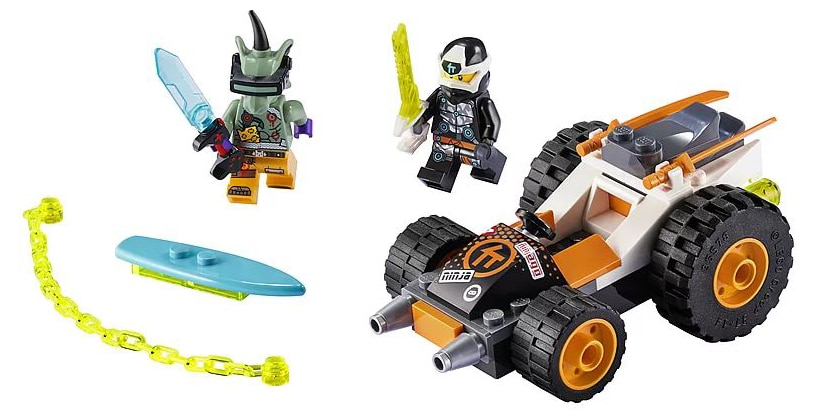 As a parent I want to make sure my kid is playing with something cool, but isn’t too violent. This is where LEGO ninjago comes in. I know that they are not vulgar or graphic, teach good lessons, but are still interesting enough that the series and toys will keep his attention. Yes there are swords, and magic and stuff like that but overall the lessons learned from the shows are valuable. The Cole’s speeder is a set designed for younger builders, starting at age 4, and comes with 2 minifigures and 52 pieces.

The new Ninjago Cole’s Speeder set is scheduled to be released early in January 2020. Based on previous releases however this set might be released on Dec 26, the day after Christmas. I base this of off previous releases in earlier years, as well as the fact that some of get a little extra money for the holidays, and LEGO wants us to spend it on them – which I always do. This is not a VIP only release as far as know.  I expect this series of sets to be available at both the official LEGO store, as well as 3rd party retailers like Amazon or Target.

There are 52 pieces in this set, and 2 minifigures including Cole and a bad guy (who’s name I just don’t know)

I expect this set to be priced at $9.99 US and will be on sale starting January 1, 2020, which makes this a great entry level set.