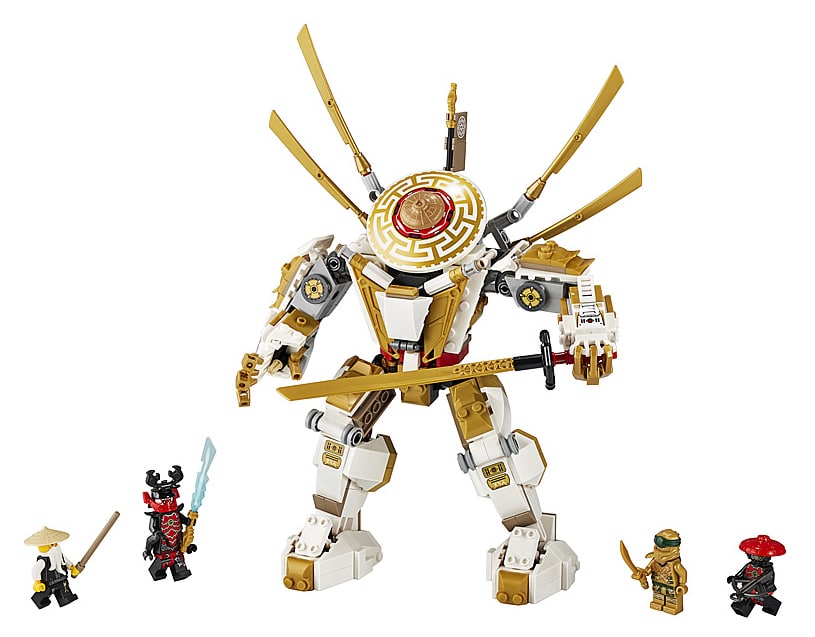 I haven’t had the time to watch all the Ninjago series yet, but is this really a thing? a Golden Mech? I completely understand the idea. Mechs are everywhere, from the early Voltron, to modern Hulkbuster, everyone wants to jump in a giant Robot suit and take over (or protect) the world. The Ninjago Golden Mech has 489 pieces, and comes with 4 minifigures as we will discuss below.

The new Ninjago Golden Mech set is scheduled to be released early in January 2020. Based on previous releases however this set might be released on Dec 26, the day after Christmas. I base this of off previous releases in earlier years, as well as the fact that some of get a little extra money for the holidays, and LEGO wants us to spend it on them – which I always do. This is not a VIP only release as far as know.  I expect this series of sets to be available at both the official LEGO store, as well as 3rd party retailers like Amazon or Target.

There are 489 pieces in this set, and 4 minifigures including Master Wu, Garmedon, Lloyd as the Golden Ninja and a stone warrior.