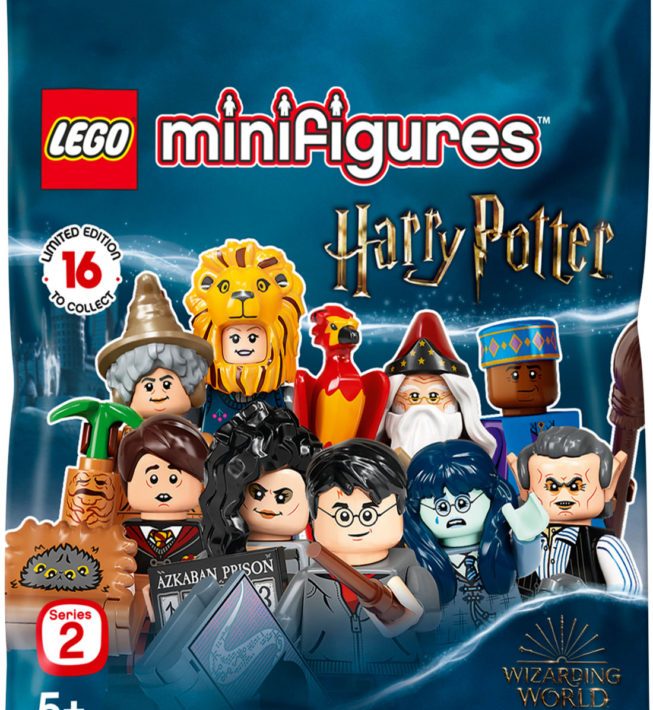 Are you looking for one of the new LEGO CMF Harry Potter Series 2 MInifigures? Rumor has it that there will be new minifigures from the Harry Potter Movie Franchise in the fall of 2020. Like other releases, this will have16 different characters, each with their own accessories in a sealed blind bag. I expect there to be some new ones we have never seen before as well as some versions of the Classic Harry, Hermionie, and Ron, but a few years older, just like they age in the books and movies.

Click here to Pre-Order yours today. Only 4.95 for a limited time.

These are authentic LEGO Verified 100% original LEGO, and available for pre-order soon! We will sell these at cost $4.95 US, however the prices DO go up once the series is released and we learn which minifigures are rare, or popular.

This set follows the extremely popular LEGO 71022 Harry Potter Series 1 CMF There were some people that subscribed to the site to be notified when the series was released and they were able to get their minifigures a few days before release by pre-ordering.

Once the series has dropped, we will ship them to you immediately. These blind bags will be opened to verify contents, but you will receive the minifigure you request, as well as any accessories, inserts, or extra pieces. Ordering early locks in the lowest price, and guarantees delivery of the exact minifigure you want without having to search, feel, and guess the contents of each bag.

As far as I know, this series will drop in September 2020, along with some other Harry Potter LEGO sets that I’ll review upon release.

List of all the LEGO 71028 Harry Potter Series 2 Minifigures

This is what I’ve heard will be arriving – as they are confirmed I’ll be adding them to my store and make them available for pre-order.

I’m very excited for this new series. My friends know that I am a Huge Harry Potter Fan. If I were to do Cosplay, I’d be a heavy set middle aged Harry. This series is going to have some new characters, and I have a feeling that the main ones will be a little older, just like they are in the books. Please let us know your thoughts in the comments below!