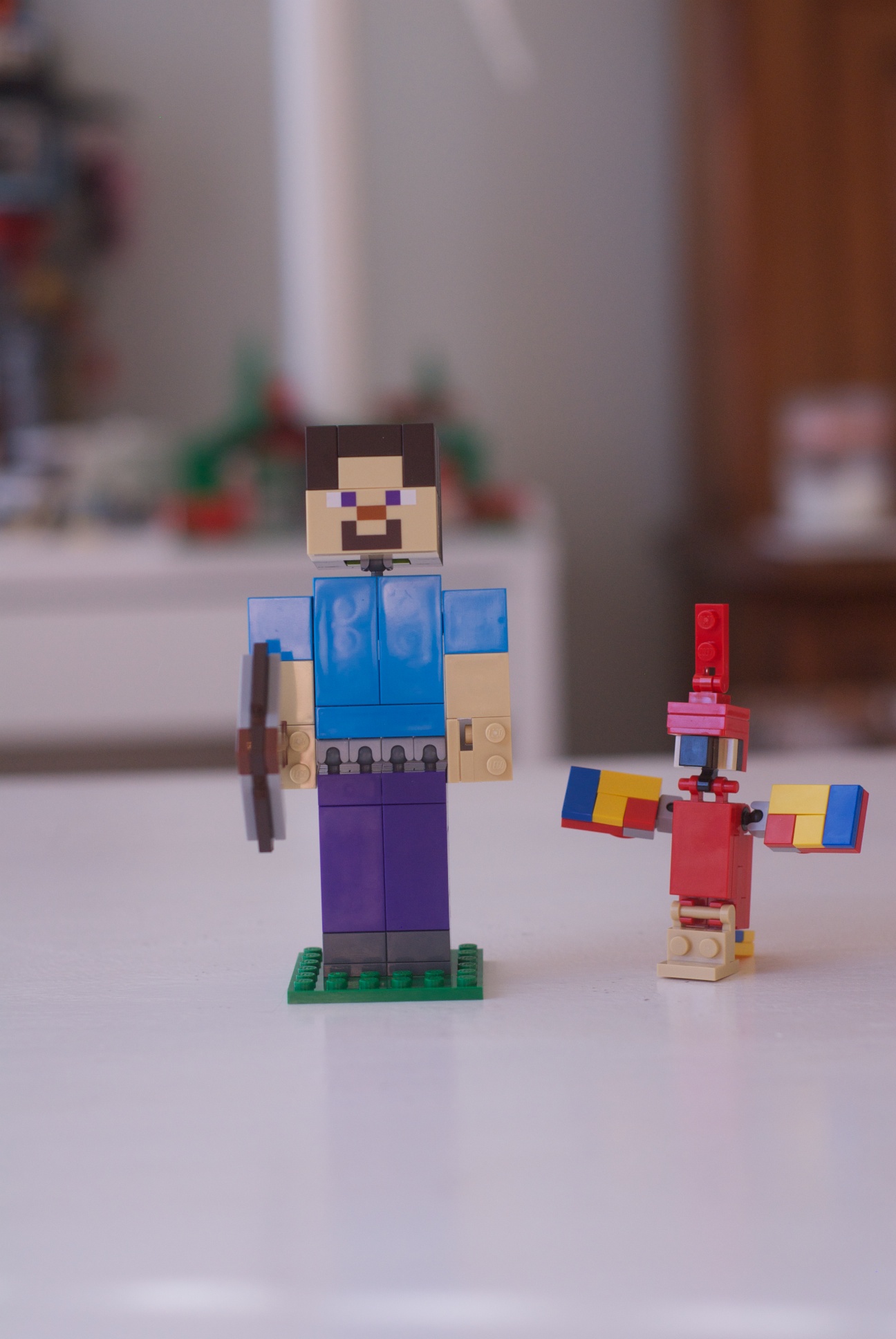 Is it just me, or is Minecraft everywhere? LEGO has gone in a coupe of directions with their Minecraft sets, and this Steve with Parrot Big fig is a bit different than the traditional set.

There are 159  pieces in this set. No minifigures, and the most unique piece is the large brown pick-axe. Other than that, the majority of this set can be built with parts and elements from a typical LEGO collection.

In this set there are 2 numbered bags, and one instruction book. There are no stickers, and several pieces are printed (which I love).

If you are looking for an easy beginner set, one where your child can do it alone, or with minimal help from an adult, this is a GREAT starting place.  It says it is for ages 7 and up, but aside from some of the smaller parts I don’t see how a younger person wouldn’t be able to build this set.

First the Steve Big Fig is built, torso, legs, arms then head. Then the rest of the pieces are used to build the brick built parrot.

Steve has moving arms and legs and head. There’s a little lever in the back which allows for him to raise and lower his arm, for a more realistic pick-axe motion.

The parrot has moving wings, base and head, plus a cute tail feather.