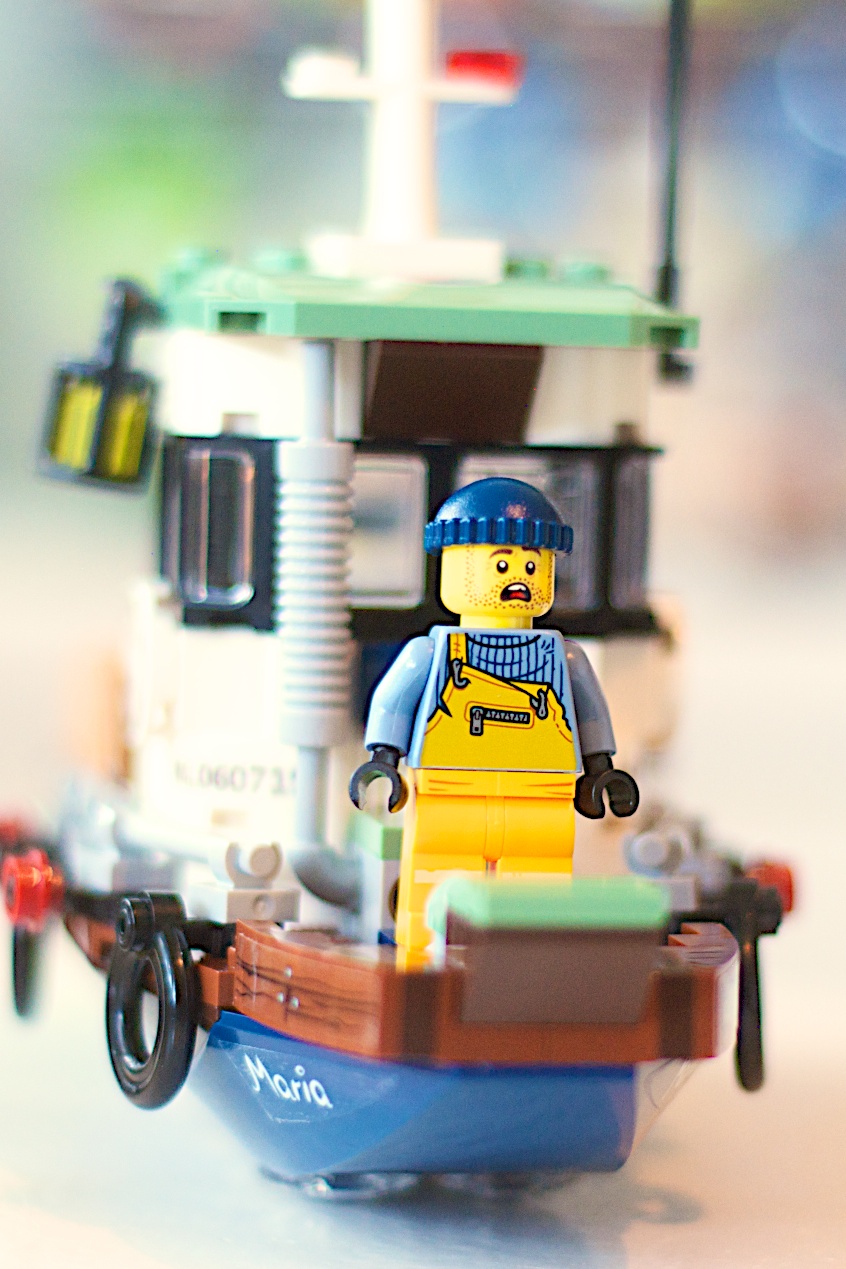 I so wish I was at the New York Toy Fair this year. LEGO had a huge booth there and they unveiled their new Hidden Side series. There will be a total of 7 sets, and this is a post for the LEGO Wrecked Shrimp Boat Hidden Side 70419.

The great thing about having these released at a toy fair is there are lots of high quality photos availible that I can share with you. Of course when the sets are released in August, I’m going to get all of them and replace these images with photos of my own. But for now this will have to do.

There are 310 pieces in this set, including 4 minifigures. A young boy and young girl with purple hair in a kayak a haunted zombie fisherman, and a regular dock worker. I also see a new trans clear dog and a white alligator. There also appears to be some kind of trans green monster octopus behind the zombie

At first glance, it appears the boat can break apart into two pieces, using some technic studs. I also see a new color sword – it sort of looks glow in the dark green, and I wonder if it is a special color for the augmented reality app on the phone.

Screen Shots from the LEGO website, and the Brother’s Brick.

Leave a Reply Cancel reply
Cart
Products
Lego Blog
Instagram
Who is Looney for LEGO? I FINALLY got my Looney T

My take on a classic meme. #LEGO #LEGOmodular #L

Lately I’ve been putting some old (and new) LEGO

When I’m not building I’m SORTING! This is se

Re-assembling the downtown Diner modular. When I

Just a little mid-week haul. Took a nice drive do

Since others were showing off their #legobags I th