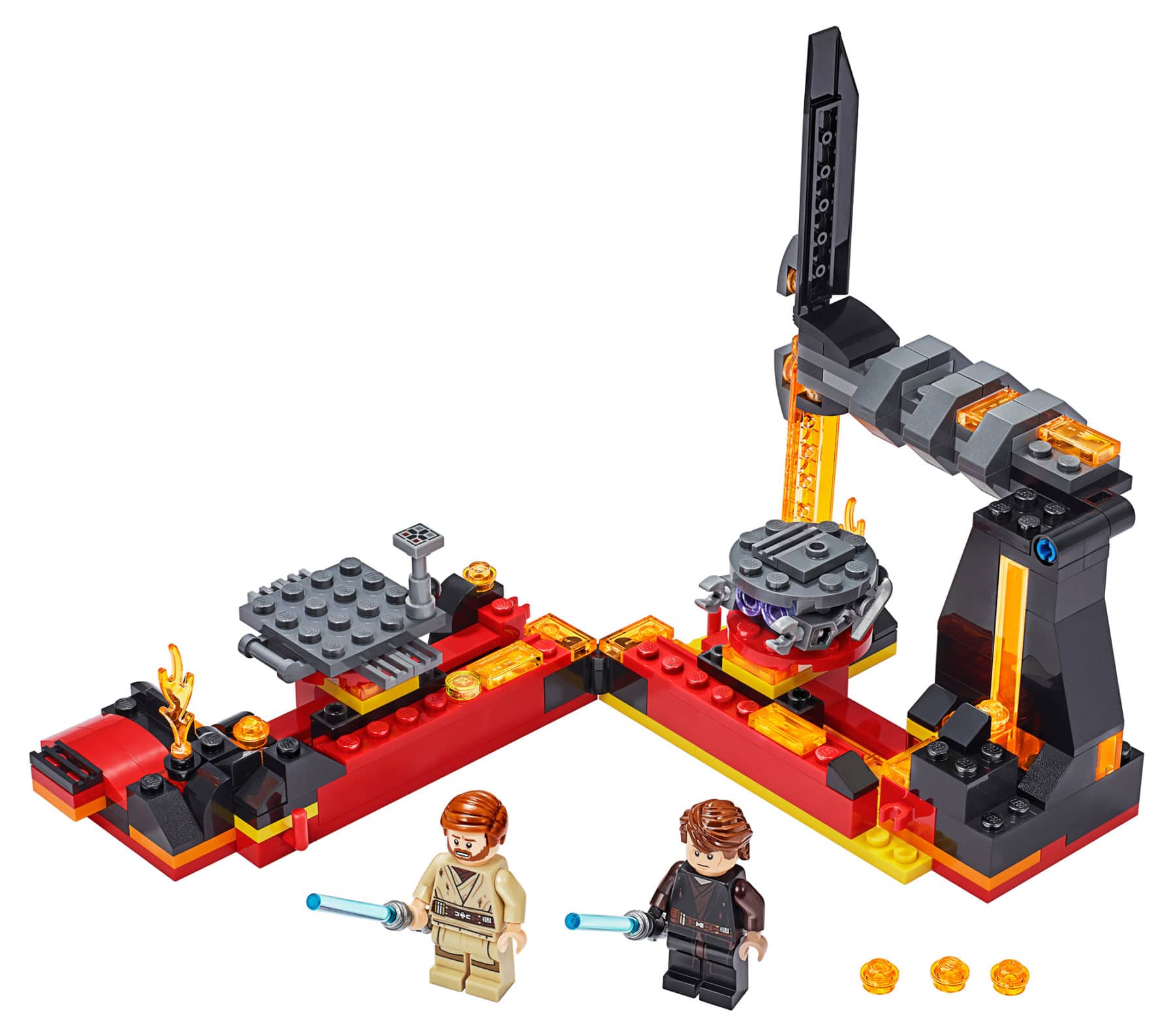 Some say this is the most epic battle in Star Wars. The lightsaber duel between Obi Wan and Anakin in the lava certainly is my favorite scene in ALL the different Star Wars movies. It’s the moment when Anakin becomes Darth Vader to me – Yeah, I know it officially happens earlier with the Emperor, but for me this is the point. The Duel on Mustafar LEGO set comes with 2 minifigures, has 208 pieces and is priced at $29.99.

The new Star Wars Duel on Mustafar set is scheduled to be released early in January 2020. Based on previous releases however this set might be released on Dec 26, the day after Christmas. I base this of off previous releases in earlier years, as well as the fact that some of get a little extra money for the holidays, and LEGO wants us to spend it on them – which I always do. This is not a VIP only release as far as know.  I expect this series of sets to be available at both the official LEGO store, as well as 3rd party retailers like Amazon or Target.

There are 208 pieces in this set, including  2 minifigures: Anakin Skywalker, Obi-Wan Kenobi. Pretty much all of the bricks go to build a lava scene that moves and adjusts so the hero and villain can fight each other. You decide who the hero is and who the bad guy is.

Who else likes organized LEGO? Every day I do a