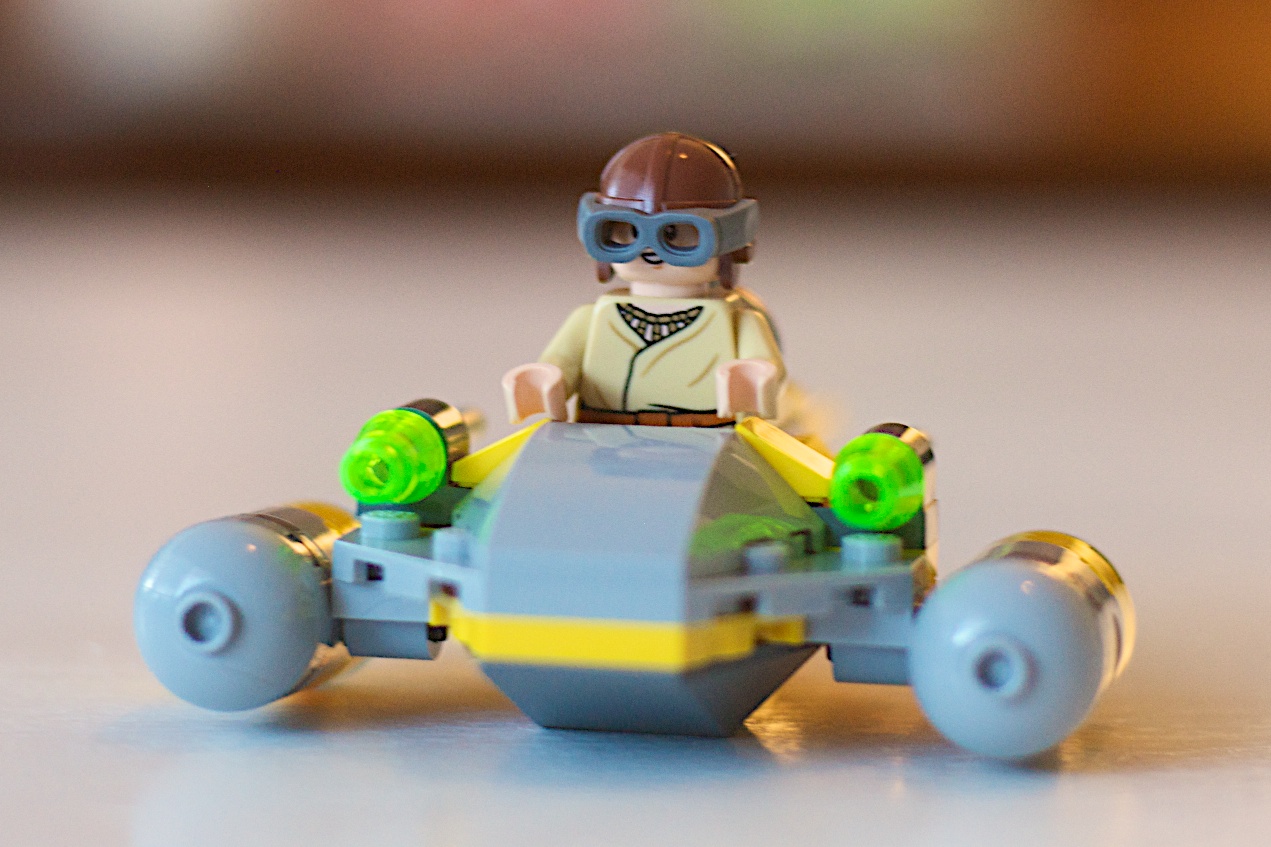 Can you believe this is part of the 6th series of microfighters?  Of course it is the first I’m building on this channel.  I love these sets for their swoosh-ability.  This starwars Microfighter comes with a Kid Anakin, a R2-D2 dome top and a couple of flick missles for some cool combat.

There are 62 pieces in this set, including 1 minifigures.  You get Anakin Skywalker.  You also get an R2-D2 dome top, a wrench, and a printed control panel – no stickers.

In this set there are 2 bags, and one instruction book

This was a pretty easy set to build – nothing too complicated, although I did put the printed control panel in backwards (and a cheese slope, too), but quickly realized my mistake and corrected it.

It comes with an Anakin Skywalker minifig, in the child form, with the old style short legs that don’t bend.  In fact all of the microfighters I’ve ever built have the short leg versions of the minifigures.

There is a tiny slot in the Microfighter for Anakin to stand in. Plus the set comes with a little wrench for him to work on his craft.