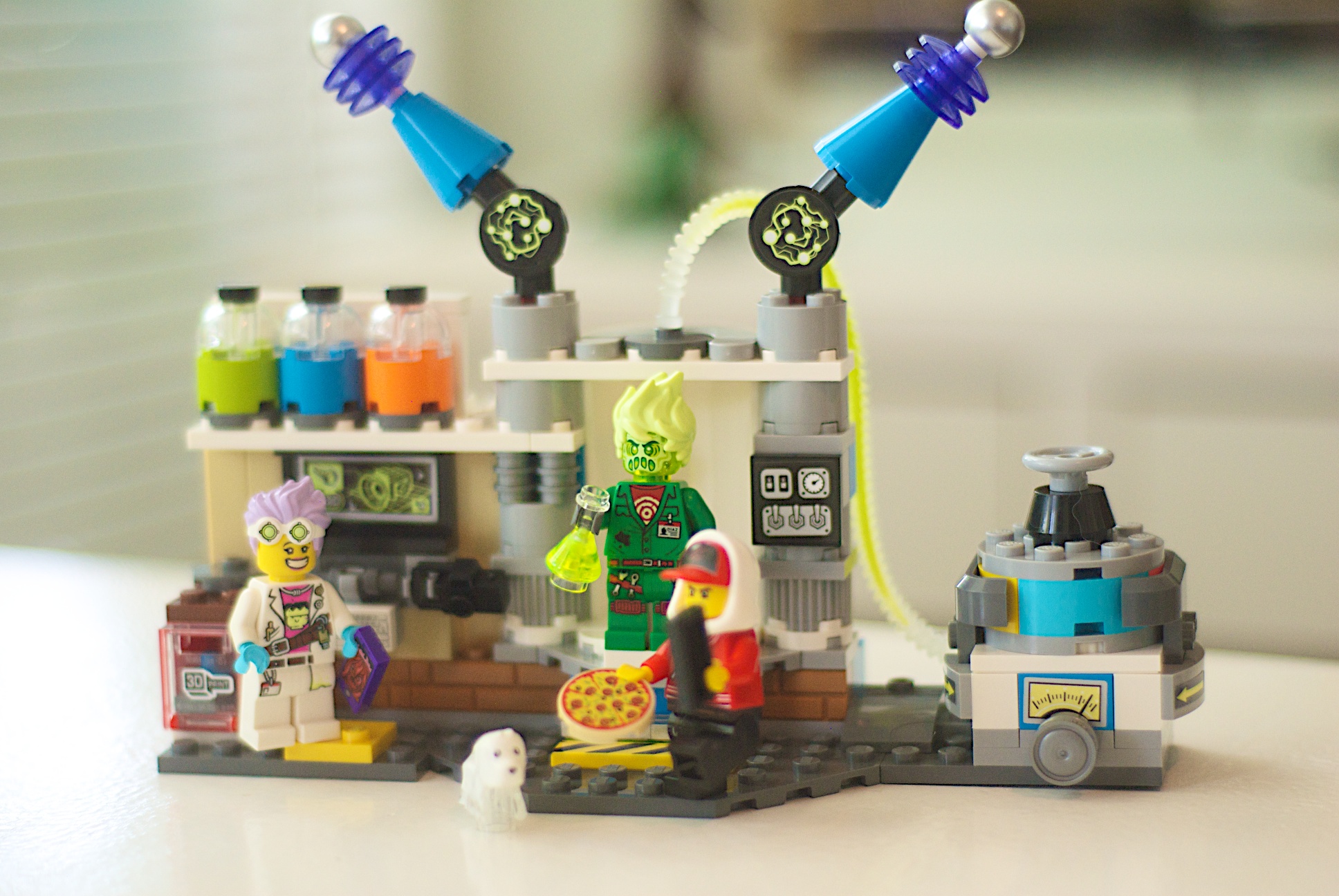 As a former scientist, I always love it when LEGO releases a laboratory set. This set, 70418 Hidden Side J.B.’s Ghost Lab LEGO 70418 from the new Hidden Side Series, takes the standard lab, and shakes it up into something different, but very cool!

Although there are some standard things in this set that make it look like a normal lab, things like Erlenmeyer flasks, there are also other things like a 3D printer, a large electrical apparatus resembling something from Dr. Frankenstein, and a few other control panels for unidentifiable, but very cool equipment.

The Hidden Side Graveyard Mystery LEGO set is scheduled to be released on August 1, 2019. This is not a VIP only release. I expect this series of sets to be available at both the official LEGO store, as well as 3rd party retailers like Amazon, Target, and Walmart.

I generally only buy my LEGO sets at the LEGO store (so I can get the VIP points), at Amazon, using affiliate links to support fellow bloggers, or at Target with my RED card so I can get a 5% discount.

There are 174 pieces in this set, including 3 minifigures: Jack Davids, J.B. and Douglas Elton, plus Davids’s ghost dog, Spencer.

All of he Hidden Side sets are focused around the town of Newberry, where strange things happen. You can’t see them without the use of an iPhone, or iPad app, however. From the LEGO website:

Using the LEGO® Hidden Side™ app is like looking through a window to a cool and spooky Hidden Side filled with challenging mysteries to solve, ghosts to defeat and unique ghost bosses, like Mamali, to overcome in each set.

Who else likes organized LEGO? Every day I do a