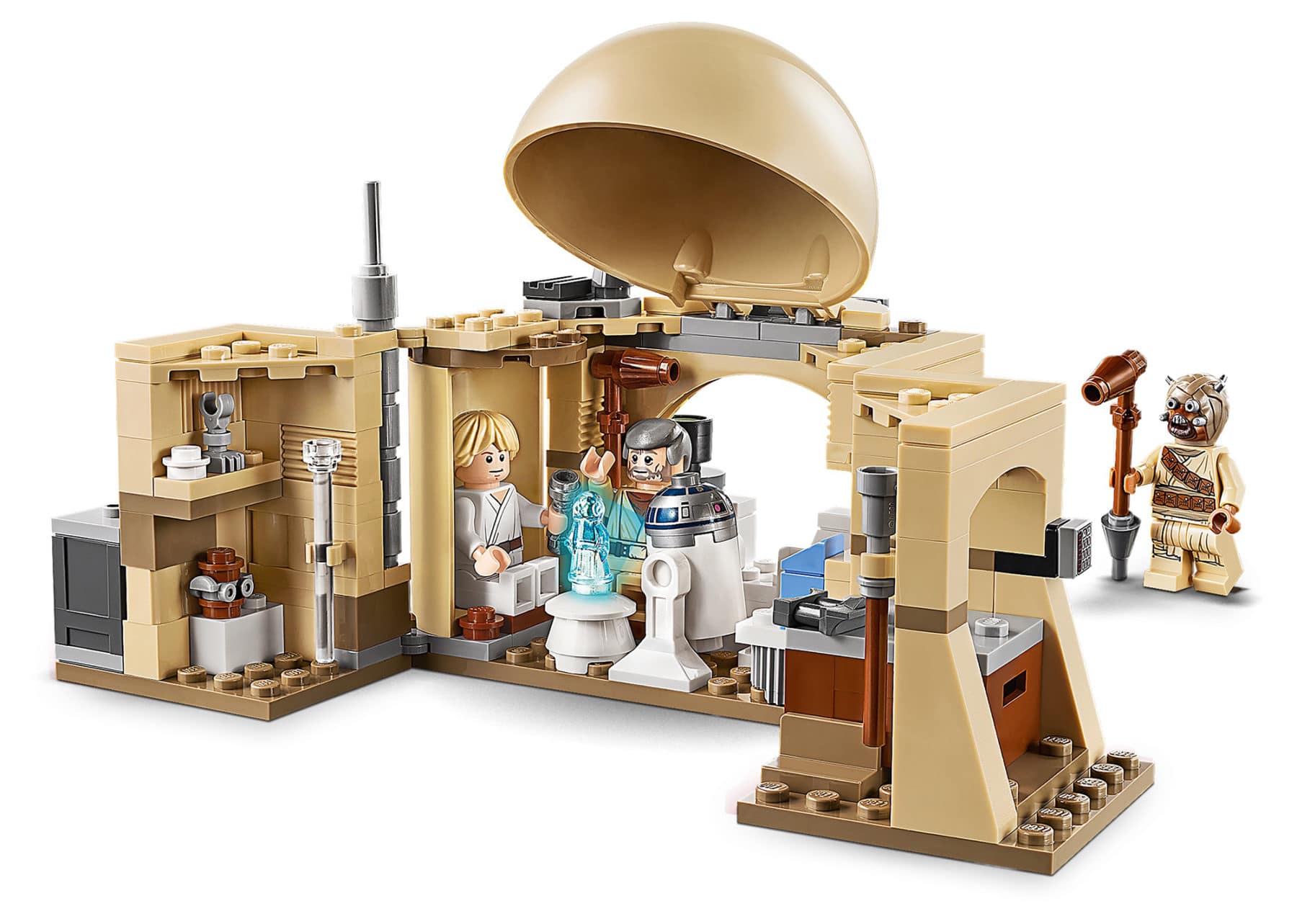 I don’t think Obi Wan wanted to retire to the desert planet Tatooine with it’s dual suns, but for every Jedi duty calls, and Yoda instructed him to wait out his days there on a special mission (Can you see that I’m trying to avoid spoilers?) The LEGO Obi Wan’s Hut has a lot of sand bricks which I always seem to need, plus a new Leia micro figure in trans blue resembling the holographic image from the first Star Wars movie.

The T-16 Obi Wan’s Hut LEGO set is scheduled to be released early in January 2020. Based on previous releases however this set might be released on Dec 26, the day after Christmas. I base this of off previous releases in earlier years, as well as the fact that some of get a little extra money for the holidays, and LEGO wants us to spend it on them – which I always do. This is not a VIP only release as far as know.  I expect this series of sets to be available at both the official LEGO store, as well as 3rd party retailers like Amazon or Target.

There are 200 pieces in this set, including  4 minifigures: Luke Skywalker, Obi-Wan Kenobi, Tusken Raider, R2-D2. There is also a microfigure Leia in Trans Blue which represents the hollogram that R2D2 projects of her asking for help.

This set also has a nice headpiece with goggles, a couple of Lightsabers, and a good number of Sand Tan tiles that I can never seem to get enough of for my MOCs