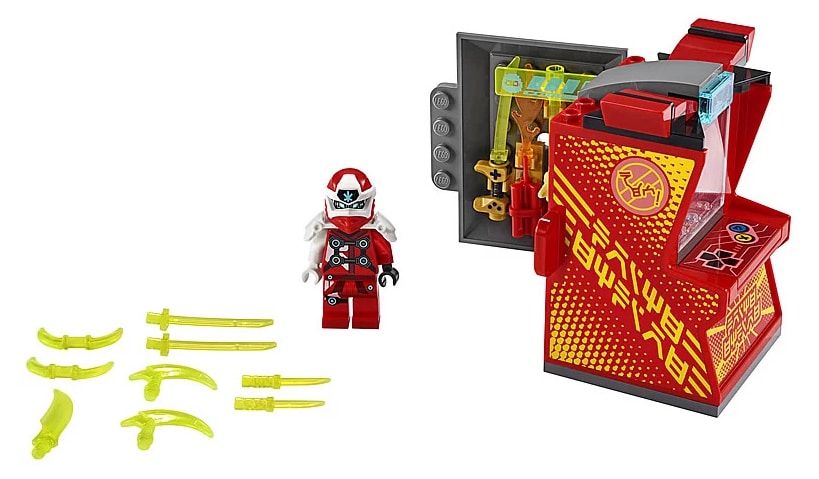 LEGO is always trying new things out. This year for some of their favorite Ninjago characters they are making this interesting avatar set. The box is also a case that looks like an old school video game. The back opens up to show a minifigure, and has space for all their weapons and accessories. This set Lego 71714, has 49 pieces, comes with one Kai minifigure, has a ton of accessories for him, all in a cool box that is also a case.

The new Avatar Kai Ninjago set is scheduled to be released early in January 2020. Based on previous releases however this set might be released on Dec 26, the day after Christmas. I base this of off previous releases in earlier years, as well as the fact that some of get a little extra money for the holidays, and LEGO wants us to spend it on them – which I always do. This is not a VIP only release as far as know.  I expect this series of sets to be available at both the official LEGO store, as well as 3rd party retailers like Amazon or Target.

There are 49 pieces scheduled to be in this set, and 1 minifigure, Kai. It also comes with a new video game case that everything is stored in.

I expect this set to be priced at $9.99 US and will be on sale starting January 1, 2020, which makes this a great beginning set for more advanced builders.