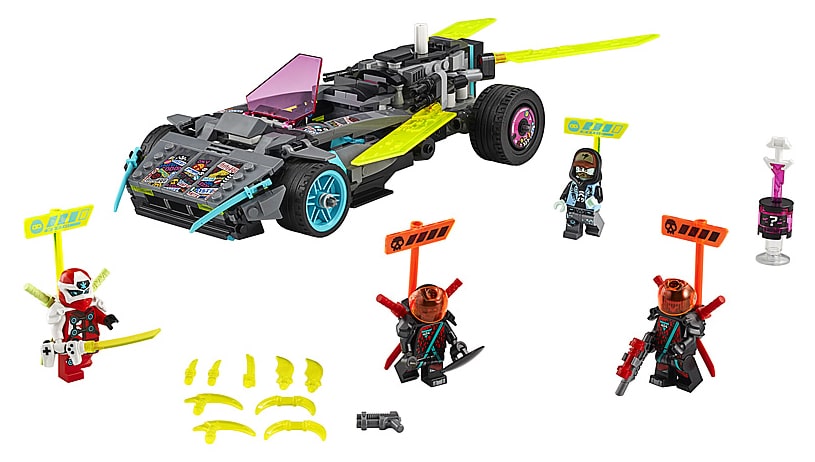 Did you ever see the movie “Back to the Future” I think it was at the end of the first one when the Doc flys onto Marty’s street in the Delorian Time Machine. Marty gets into the car, and then the car launches into the air slowly, with the wheels and tires folding underneath the carriage for aerodynamics. That’s what this Car reminds me of, but it it also part helicopter. So there is that. What do you think of it? It comes with 4 minifigures and over 400 pieces.

The new Ninjago Jay and Lloyd’s Power Car set is scheduled to be released early in January 2020. Based on previous releases however this set might be released on Dec 26, the day after Christmas. I base this of off previous releases in earlier years, as well as the fact that some of get a little extra money for the holidays, and LEGO wants us to spend it on them – which I always do. This is not a VIP only release as far as know.  I expect this series of sets to be available at both the official LEGO store, as well as 3rd party retailers like Amazon or Target.

There are 419 pieces in this set, and 4 minifigures including 2 bad guys.