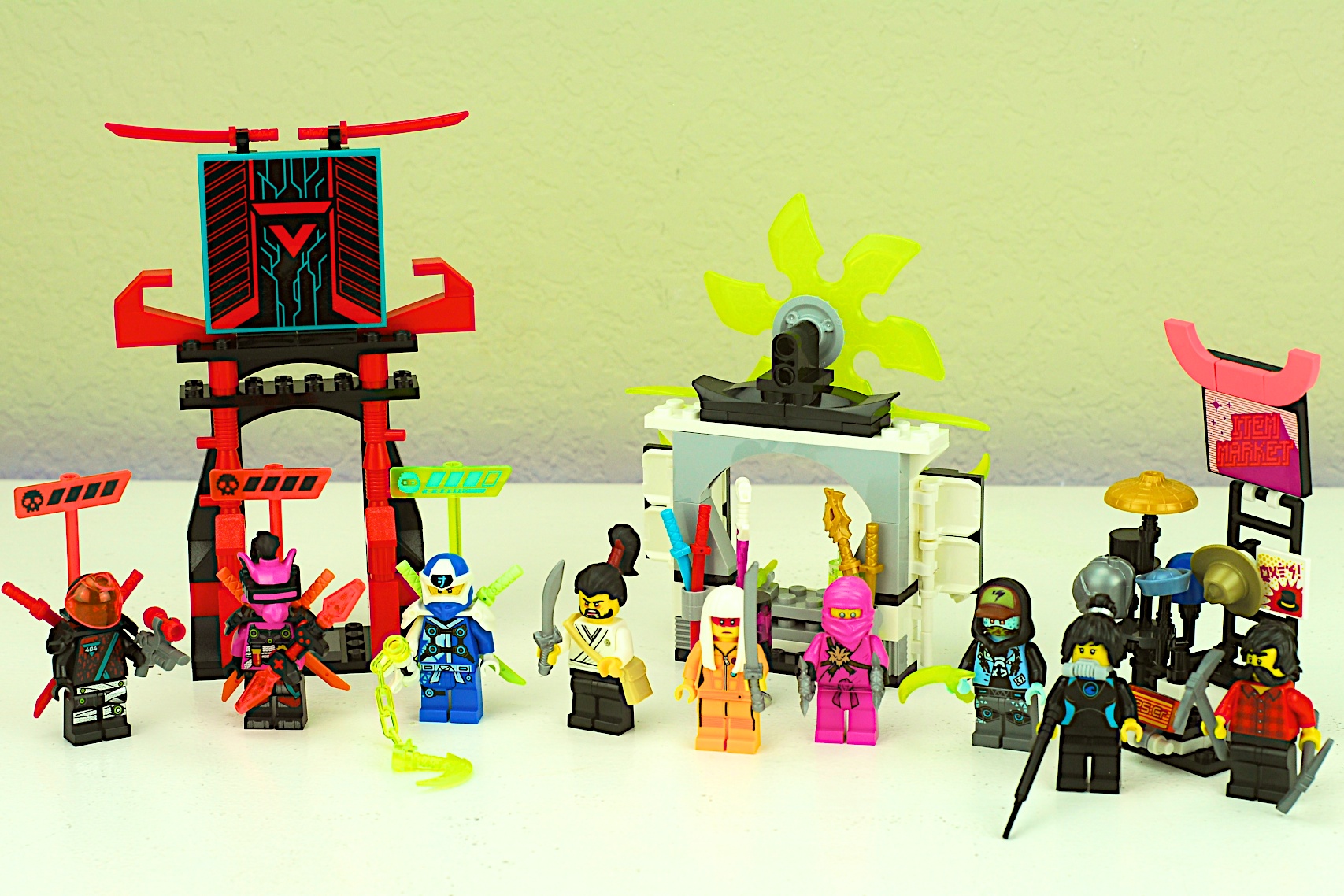 Some people like LEGO vehicles. Other like LEGO Mechs. I’m a big fan of ciy scenes made out of LEGO, and that’s why the 2020 LEGO Ninjago Market Place is one of my favorite sets from the series this year. It comes with 9 minifigures and 218 pieces so you can build and play all afternoon long.

The new Ninjago 2020 Market Place set is scheduled to be released early in January 2020. Based on previous releases however this set might be released on Dec 26, the day after Christmas, and that’s when I got it from one of my local stores. This is not a VIP only release.  I expect this series of sets to be available at both the official LEGO store, as well as 3rd party retailers like Amazon or Target.